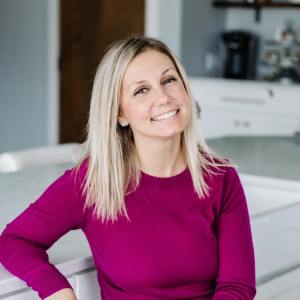 (a gal who is frugal), and the owner of Bondbons.

I have so many thoughts and opinions about so many things from saving money, marriage, parenting, theology, philosophy, recipes  . . . everything and nothing.  Join me in this interweb space as I share with you all the everythings.

My husband Randy is 13 years older than me.

Yes, when I was in kindergarten, he was a senior in high school.

We have actually known each other our whole lives . . . well, my whole life.  We grew up in the same church, and our moms are best friends.  In 1992, my family and I moved 700 miles away. During that time, Randy married and had three daughters.  Over the next decade, my parents and I frequently visited friends and family back in Kansas, but I never once saw Randy during this time.  It wasn’t until the summer of 2002 I finally “re-met” him again.  He was a newly single dad, and I was in college. 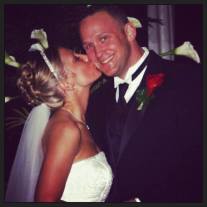 Long-story-short: we ran into each other two more times in 2003, started emailing each other, he drove over 700 miles to see me during that Thanksgiving break, and we started a long-distant relationship.  Five and a half weeks later we were engaged and married six months later in 2004.

You can imagine how my friends’ reacted when they found out I was suddenly engaged to a much older man who was divorced with three daughters. But I couldn’t pass this up—he was exactly what I was looking for in a husband. We’re still going strong to this day.

In 2006 we added another daughter to our family and in 2008, we had our first son.  Randy was finally no longer the only man in the house. 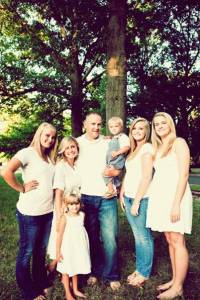 Life as a blended family can be messy and full of drama {there’s a reason the divorce rate for them is 67%}.  But I love this analogy my pastor gave me years ago: a blended family is like a cracked egg—it had to come from something broken in the past.  But that cracked egg can still make a delicious omelette.

My stepdaughters are now all adults and out on their own—all living in Nebraska now.  Randy and I are both teachers raising our two little ones here in Kansas.

In addition to teaching, Randy and I are involved in many different things. He and our son own a lawn mowing business, and he currently coaches our son’s middle school football team. Besides blogging, I am a freelance writer for the Greater Topeka Partnership, I recently wrote a novel, I coach our daughter’s junior high cheerleading squad,  and I own a cake pop business called Bondbons.  Sometimes we’re like ships passing in the night, but we make life work and keep family first.

One of our family’s major successes was our journey to become debt-free.  You can read about that here and see our progress here.

5 thoughts on “About the Author”